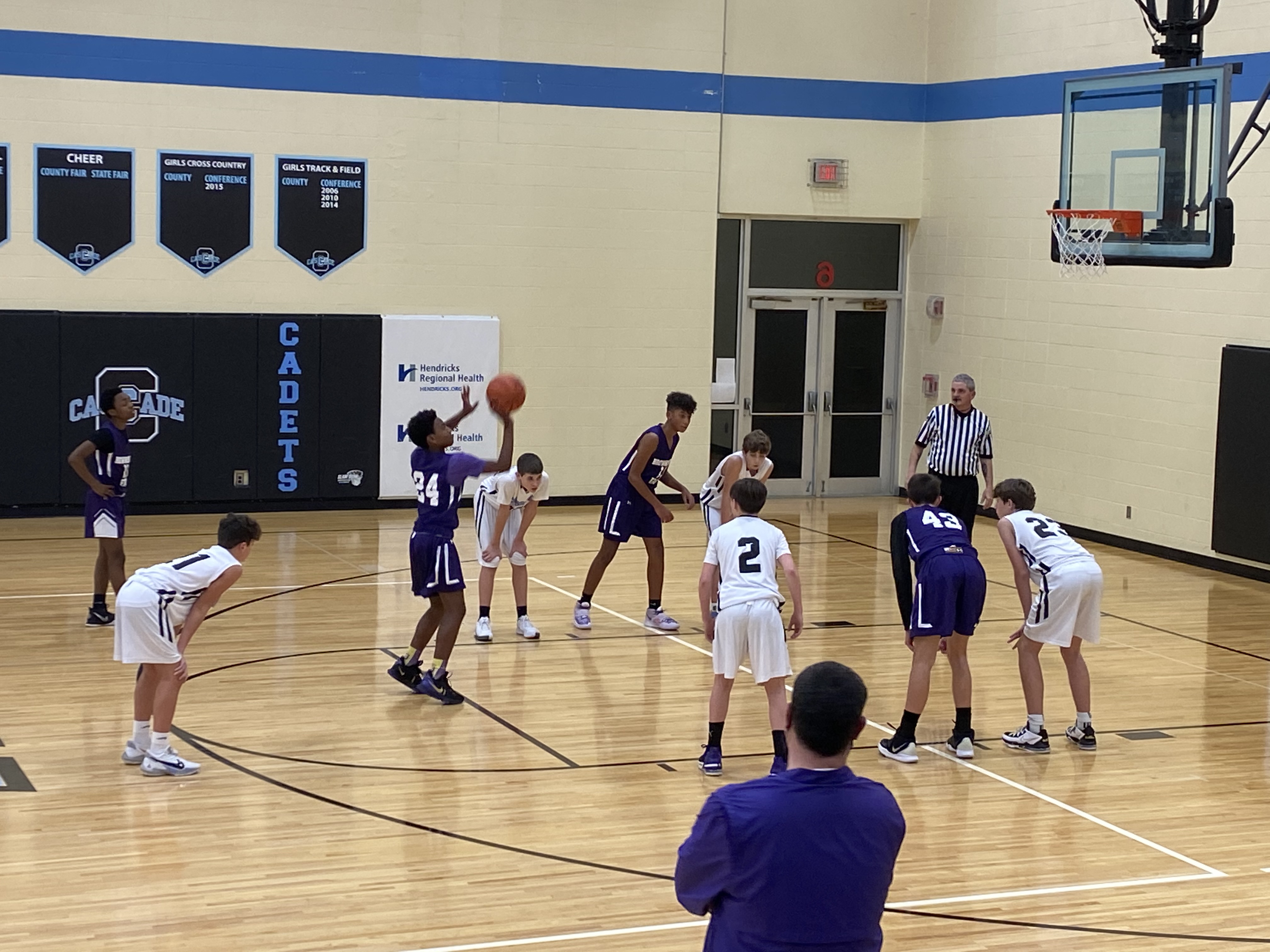 With 4 guys in double figures and hot shooters in the first half the Brownsburg East 8th graders took it to the Cascade Cadets in the first round of the County Tournament. After receiving a call from the Athletic Director Angee Comer, Coach Gardner knew the next man up mentality would be in full effect. The 8th graders would be down 3 more players tonight do the being quarantined. This was a perfect scenario because 3 guys stood up huge for the 8th grade team. Brandon Haynes (10 points), Binny Hopper (10 points), and Sam Hartnagel (10 Points) all had great tournament games tonight. Leading the way was Kyson Neddenriep who had 12 points, most of them coming in the first half before he could sit for the evening. The final score was 59-22. The 8th graders play Plainfield Middle School tomorrow night at Plainfield at 6pm in second round action!!