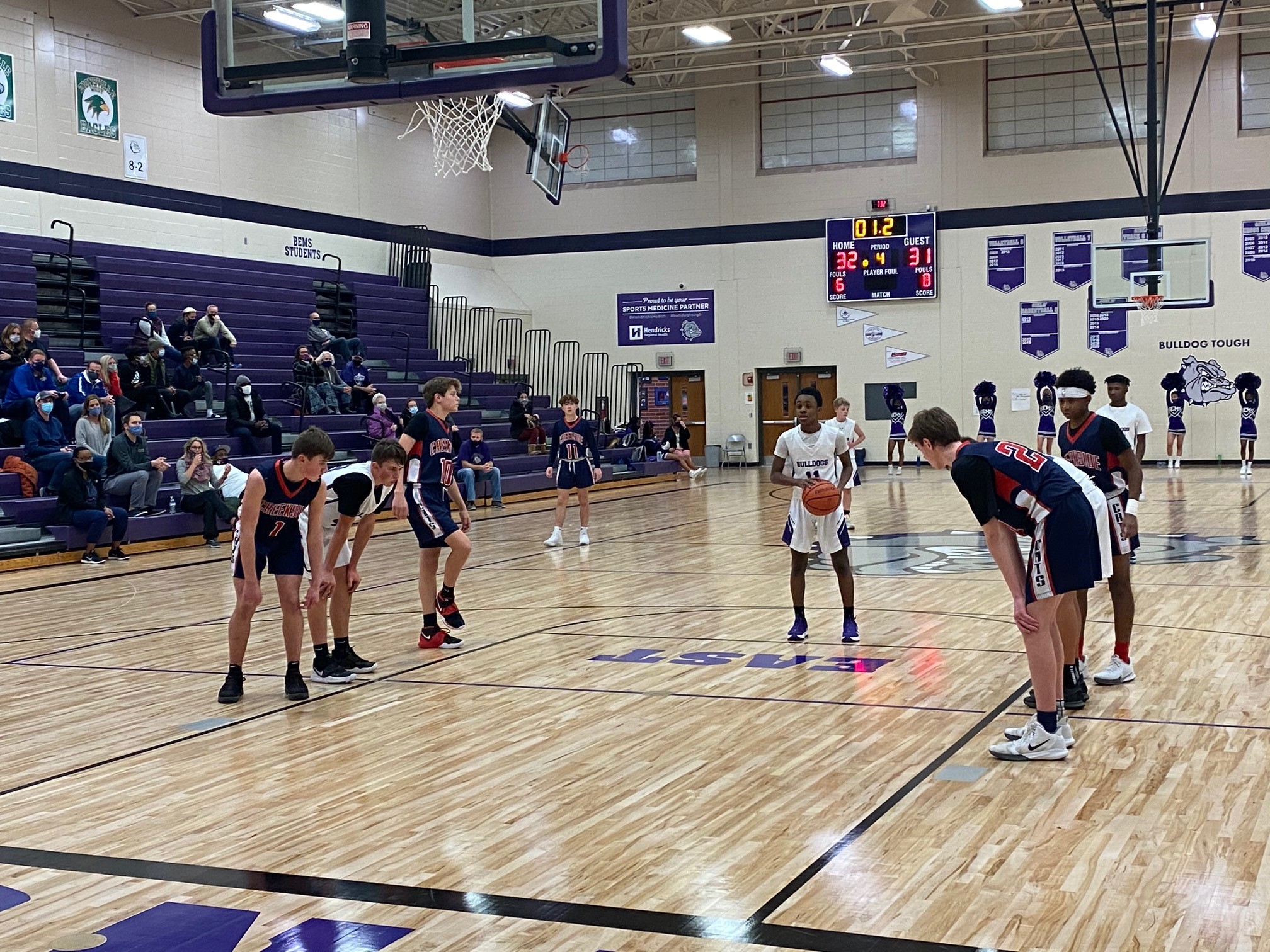 After a 40-37 win against undefeated Plainfield on Monday night the Brownsburg East Middle School knocked off another undefeated team in the Creekside Wildcats out of Carmel on Tuesday. Back to back nights of constant defensive pressure and team effort allowed for the 8th grade East team to escape with a narrow victory over the previously unbeaten team from Carmel. Leading the way was Kaden Gentrup with 11 points and over 10 rebounds for a second straight night. Kyson Neddenriep hit a clutch 3 for the second straight night to pull his team ahead and finish the second ½ with a 5 points. Owen Sheppard was hot in the first half with two 3’s and a 6 point night. Two keys to the game was Daunte Herzog coming off the bench as well as Colin Kelly to give some much needed size to help defend the long Creekside team. Coach Gardner also emphasized the defense in the 2nd and 4th quarters as the home East team gave up 5 points in each of those quarters to hold another team under 35 points. The boys are off until Monday before they play Tri-West on the road. The Brownsburg East team is now 6-1 on the year.