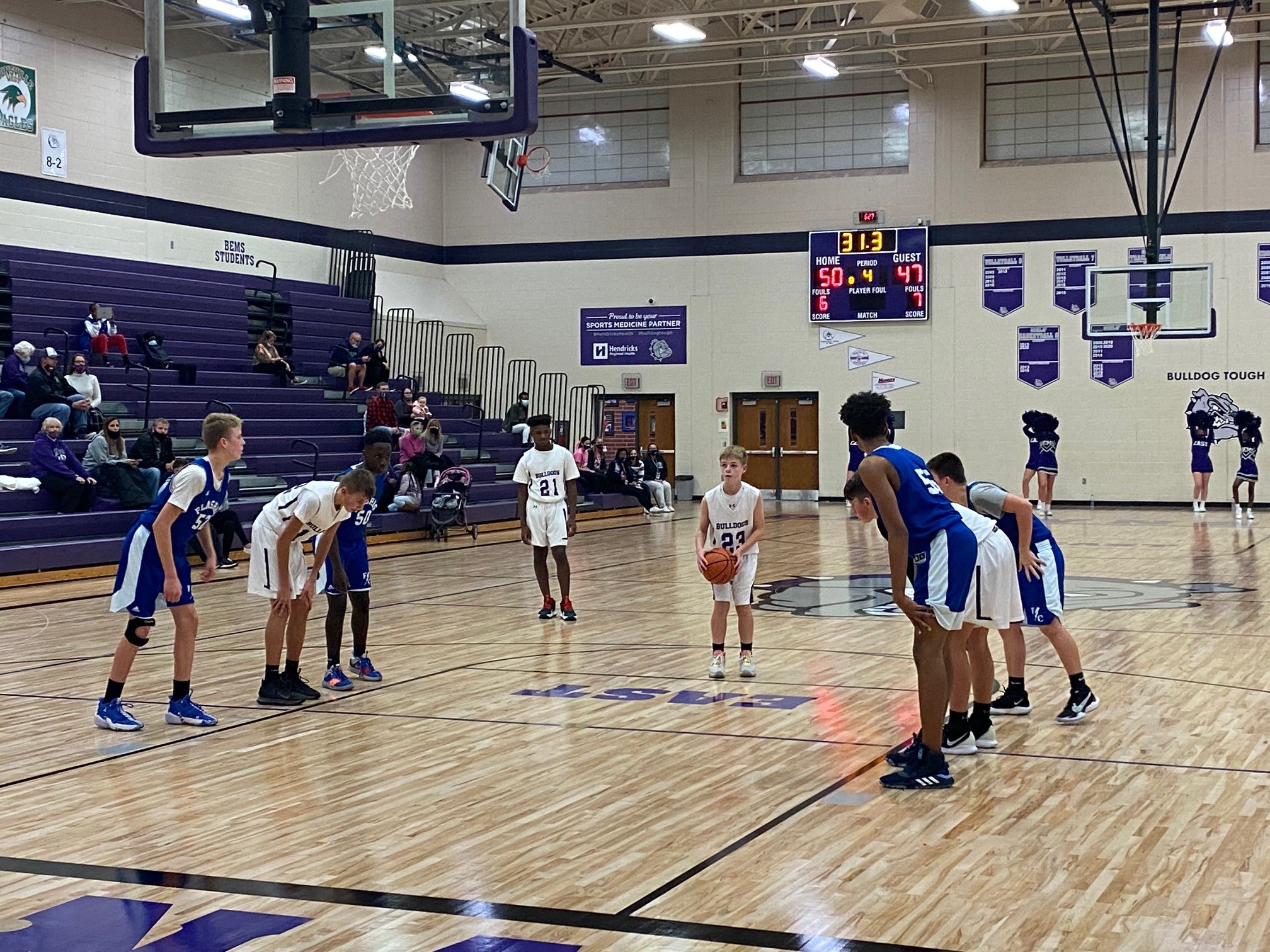 In last night’s game against undefeated Franklin Central the Brownsburg East boys came away with a terrific win. Capitalizing on 9 three point makes the East team was led by Kyson Neddenriep and his 13 points and sharp shooting. Owen Sheppard chipped in with a heady game as well as 12 points. The highlight of the night was Brandon Haynes coming off the bench to connect on 4 three pointers. Coach Gardner said, “each player will have a moment during the season where they make a big play and Brandon’s back to back 3’s in the 4th with under 3 minutes to play was that moment!” The floor general and second leading scorer Michael Addison, 9.8 ppg 3 apg, was held to 3 points but FC constant full court pressure didn’t waiver Michael’s ability to take control of the game with great passing and limited turnovers. Kaden Gentrup who is averaging a team leading 10 ppg and 6rpg chipped in with 8, but had a tall task at stopping the FC center.