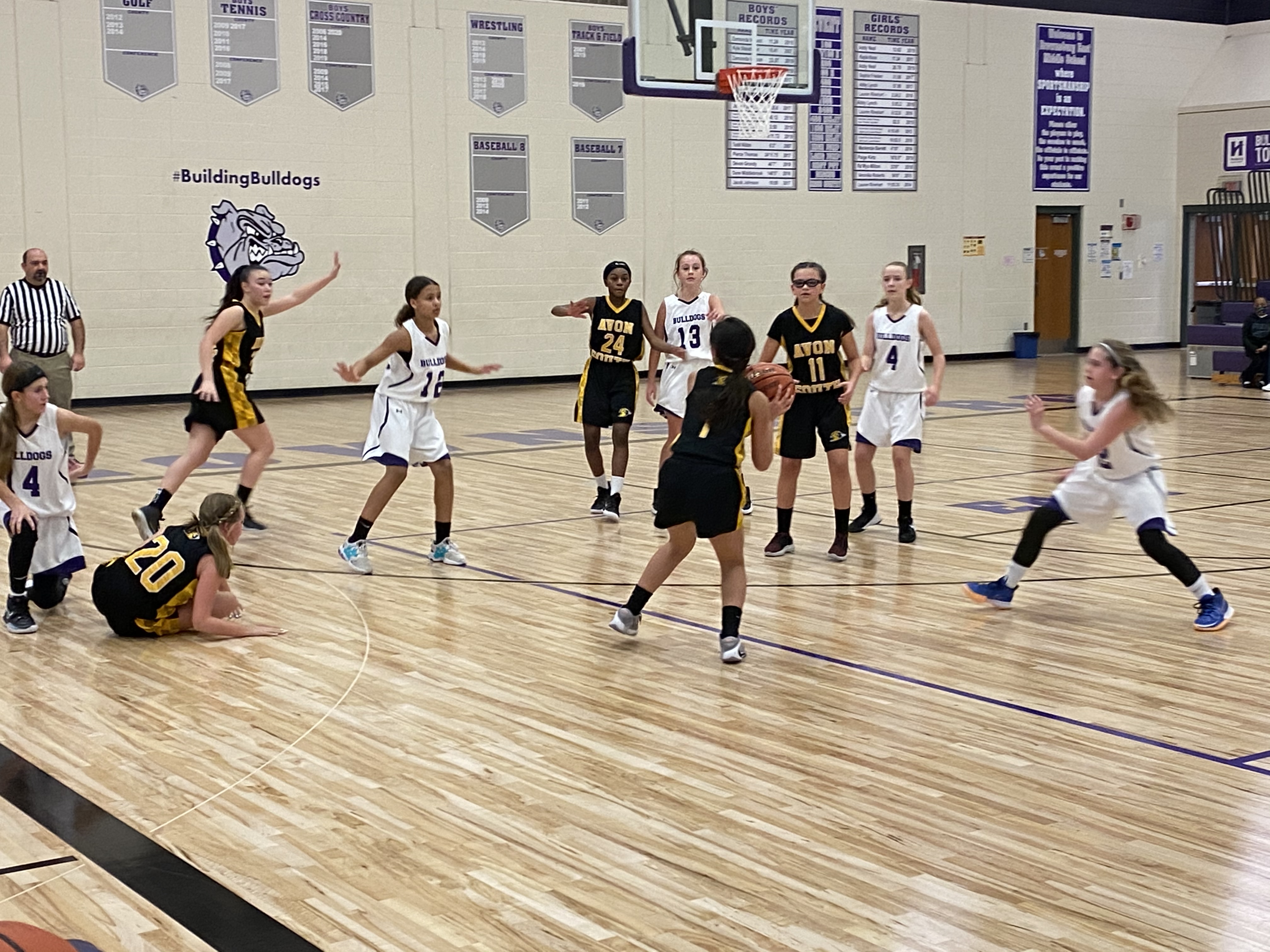 The 7th grade girls basketball team cruised to a 32-10 victory against Avon South on Thursday night. East got off to a slow start, scoring only 3 points in the opening quarter, but the Bulldogs started to rally in the 2nd quarter en route to the big victory over the Orioles. Six out of 8 players scored in the game, and a the Bulldogs held Avon South to only 2 points in the second half. Kenzie Touloukian led the way for the Bulldogs with 14 points. On defense, Lauryn Caperton, Whitney Dancler, and Jenna Rademacher each had multiple steals to stifle the Oriole attack. East will be back in action on Tuesday when they travel to play Tri-West.